Nothing clever….. Just as the page title suggests…..

23rd July 2014….
I’ve attempted to write a few things lately but it just ain’t flowing, I think it’s probably cus I’m in a fairly good place, or it could be the new meds??? I wanted to write something explaining what booze meant and means to me but it won’t come out right??

Booze was my everything, my reason for living, it made my mind and body feel real/human, it made me feel alive. Even when I was close to passing out, unable to walk, talk, eat, wash etc it felt glorious!!! I still miss it!!

I’ve been talking to someone recently who’s relapsed “fallen off the Waggon” and yes I’m concerned about them and I feel for them but my overriding feeling is jealousy….

WTF?? Yup, I’m jealous cus they have there drug running through there veins, they currently feel the euphoria an addict feels when partaking in there addiction!! Am I being selfish? Yup, most probably!! I know they will also be going through hell and the next few weeks, maybe months will be horrible trying to get soba again.

I’m jealous of someone who’s going through hell, does that make me a bad person? No, it just confirms I’m an addict…. An addict that never says never but is 99% sure they will not be an active addict again!!! If you do relapse, try not to beat yourself up too much cus some people, actually a large percentage of people have to relapse to “get it” whatever “it” is???? It might take a couple of relapses to “get it” and although I still miss booze and the glorious feeling it gave me and I’m jealous of someone who has there drug of choice (choice, lol) in there system at the moment, being soba is amazing, it will take a while to get that as well but trust me, if being soba wasn’t amazing…. I wouldn’t be doing it!!!!

Also worth remembering, yes I felt euphoria with booze in my veins but the people around me who’s lives I destroyed didn’t feel the same, I can’t say sorry to everyone I hurt during my drinking days for various reasons…. But still 11 years on I have an awful amount of shame!!!!

22nd April 2014….
Yesterday sums up MI perfectly, in the morning I was “High on life” I met an awesome bunch of musicians called Lionize from Washington DC, purchased one off there albums and have listened to nothing else since. In the afternoon I became low, nothing to worry about just comes with the territory. In the evening someone very very special spotted I was low just because of one word. Then I properly fucked up something that has been a huge part of my recovery, fucked it up good and proper!! Yesterday someone proposed marriage on my blog and got a yes (congrats AL and ANON X). It would appear I have the ability to help other people and the ability to destroy myself again and again. All I want from this random thought is people to be happy about the positive bits, the negative bits are my problem, when you fuck up in life you have to take responsibility for your actions, which I will do. Don’t give me sympathy or ask what I have fucked up because I don’t deserve it and I won’t tell you. It’s my fuckup and I have to deal with it. Keep smiling 🙂 (that sign off is getting on my nerves a bit now!) 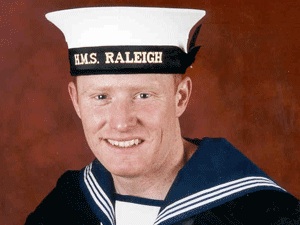 1st March…. I know people may think I’m vain with all this, “follow me on Twitter” “I’ve got 300 followers on Twitter” and all that jazz…. I am vain, but I’m also incredibly good looking 😉 .Â Â But, “exboozehound” isn’t about vanity it is about making a difference!!! Delusional? Quite possibly!! Right intentions? Most definitely, ALWAYS!! Ive had what I consider to be two important meetings recently, with three important people, for the first meeting I only prepared one thing, and that was one sentence…….

“I AM TAKING THIS ALL SOMEWHERE, YOU ARE EITHER WITH ME OR AGAINST ME”

Please believe me, or don’t, doing all this stuff has, at times, made me incredibly unwell!! This isn’t about me it’s about those who are still struggling in silence and getting close to the edge, it’s about those who are scared to speak up, it’s about those who have allowed their illness to turn them into shy, non real life functioning people who stay out of sight as much as possible. I was and am a functioning alcoholic, I used my illness to create a strong, upfront, confident person “Jon” but in the end it nearly destroyed me, so today I am Jon, I am exboozehound, I am one person, I am a good person, I am a strong, determined, pain in the arse, loving, loyal person who is a functioning nutter, loon bag, mentalist or for other more PC words… I am a functioning person who simply has an illness that you can’t see (most of the time!). And although I still don’t really like the words “Mental Illness” they still scare me a bit… “It is what it is” I am scared purely due to my own #stigma against myself. Me being scared is a thing of the past, not only do I not care about the #stigma of Mental Illness I am proud of it because it has made me who I am!!!!

Remember: –
“I AM TAKING THIS ALL SOMEWHERE, YOU ARE EITHER WITH ME OR AGAINST ME”

There are a number of reasons I’m not doing a full post about this NHS meeting…. 1. To give them time to respond to what has been said today…. 2. Think it’s wise to keep some stuff to myself…. 3. I want Â my “11 Years Soba” post to stay as the landing page for a while longer…. 4. My noggin is fried from the meeting earlier and I am afraid of what I might write if I get fully into it!!!!

What I will say is the 2 people I met with, both of them Heads of their respective departments, came across as very genuine and like so many other NHS people I have met are passionate about the job they do and making the NHS work how it should. Â The NHS doesn’t just let us (the patients) down time and time and time again they also let them (the staff) down. As I have said before people within the NHS have actually asked me to complain, which paints a pretty shitty picture!

Lets be honest, I am one person, and not exactly a pillar of society sort of person either…. An Alcoholic Mentalist!!!…. WTF can I do? Probably nothing 🙁 . However it’s not just about me now it’s about all those people who have messaged me behind the scenes, those people who are possibly afraid to speak out about their illness, worried that if they do they will lose Jobs, Houses, Cars, like I have or be branded a “Nutjob”. Thats the point of me being un-PC by definition I am a “Nutjob”….

But most of the time to look at me you would never ever know, I hid it for far too many years and finally I broke, I asked for help and the NHS bent me over and….. I don’t think I need to finish that sentence, I am trying to be a bit more sensible and adult’ish about all this stuff. (See previously “stuff” would of been Shit or Shite, maturity that is!)

I think…. (that’s yr fault Judy, I’m thunking again :p) I thunk it is worth saying at this point, I only got soba through a private clinic funded by BUPA, without BUPA and The Woodbourne Priory I wouldn’t of got soba and would most probably be long gone by now!!! The NHS did nothing for that illness/disease either, it cost BUPA Â£15k and me and the company I was working for whatever the premiums were.

So… Going back to “IÂ am one person,…” And “However it’s not just about me now…”Â it’s about you lot now, my Twitter account, @exboozehound, has 6 times more followers than this time last month (my noggin couldn’t work out the % increase figure 🙁 ) this blog is getting more and more traffic everyday and it is reaching all over the world. I saw my local MP last Saturday @jamesmorrisMP, I have now had contact with 3 senior managers/heads of departments in the NHS and they are fully aware I am not going away!!!!

IT’S OVER TO YOU NOW GUYS, WHAT ARE YOU GOING TO DO?

I’ve been manic today and I spent some time beating myself up about it!! But then I reevaluated, adapted, changed and thought about what’s happened over the last few days

Saturday – met the local MP to talk about how shite the NHS is, it went very well!!

Monday – Rethink meeting, the leader had commented to her colleague I was quiet, for me. Then I went to the solicitos to sign the house sale documents (chapter closing). Completely forgot I was 11 years soba the next day??

Tuesday day – 11 years soba! handed back my company car the boss was fantastic and we are going to stay in touch. Spent 3 hours with my nephew Oliver, he has done martial arts for many years, we spent a bit of time on the punch bag and then we sparred, eventually I allowed him to hit / attack me as hard as he could. I was so proud of how good he was and was covered in red marks where he had caught me, little git!! We then chilled out talking and playing Battleships (I beat him both games :D)

Tuesday night – My Dad lent me his car, his pride and joy, I decided I am now going to buy a Cooper S? I change my mind about things a lot these days but there are certain things I am 100% on.

Wednesday – went walking, walked for over 2 hours, did too much, thought too much, felt uncomfortable 🙁 ended up manic, I don’t like being manic!! But “it is what it is” I spotted it a bit late, eventually I managed to calm down 🙂

And then we have the next couple of days….

Thursday – Rethink meeting, rethink are awesome but I think I have to approach things differently again, I am learning all this stuff about MI but I have already worked it out for myself and dealt with it myself and with the help of others and although I know all this stuff I am still not 100%…. That’s soul destroying.

Friday Morning – meeting with 2 NHS mangers about my formal complaint :-/

Friday afternoon – getting another exboozehound related tattoo, simply saying “enjoy the good and ride out the bad” these words, my words, have kept me going…. I have to reevaluate a bit though because sometimes the good turns out to be manic :(, but I can deal with that…. Reevaluate, adapt and change…..

How do scientists know what happened millions of years ago? (8/2/2014)

If we decended from monkeys why is it frowned upon to scratch your balls in public? (8/2/2014)

If Sadham Hussain had won the war would he of changed his name to Happyham Hussain? (8/2/2014)